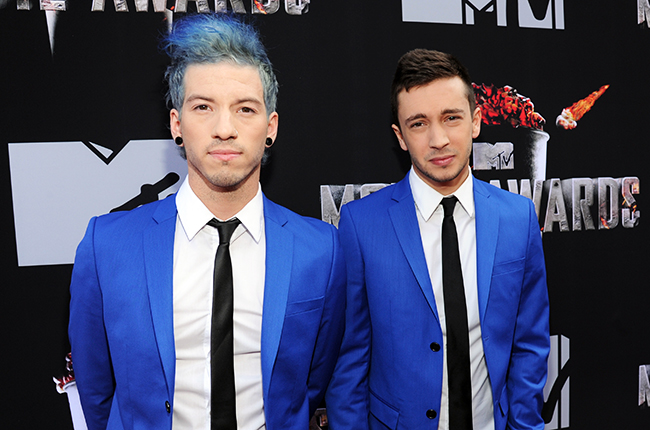 It’s been a wild ride for Twenty One Pilots since last year’s Blurryface came out. The wild success of their fourth studio album made them stars, but they were actually award show favorites before that. They played the 2014 MTV Movie Awards before their breakthrough even arrived, getting an early chance to test the national TV stage when few casual viewers knew who they were. Well, all that experience drove them to a lights-out performance at the 2016 American Music Awards.

And literally so — the Microsoft Theater lights were dimmed almost all the way down as Tyler Joseph and Josh Dun took the stage, Joseph at a piano and Dun, per usual, behind his drum kit. Joseph traded lines from the Blurryface single “Stressed Out” and the Suicide Squad anthem “Heathens” back and forth in what turned into a true medley of the two hits. Joseph soon transitioned to bass guitar, and Dun pummeled away. The L.A. crowd got a healthy dose of both songs, but the band wasn’t there just to gloat in the glory of a couple songs everyone already knew. Joseph went full frontman, catapulting his body in time with the song’s catharsis for a jump that revved the crowd into another gear.