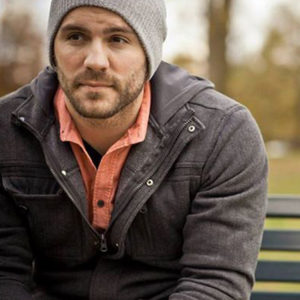 Four years. Four original albums.  Thousands of shows around the country.  Three years after picking up a guitar in a college dorm room, Anthony Mossburg left the stability of a full-time job to chase after the only thing that made him feel alive; music.  What followed over the next four years was a series of accolades, achievements, risks, near-misses, and setbacks that indefinitely shaped him as an artist and a person. With several bootstrap tours and three independent albums under his belt, Anthony is now living in Columbus, Ohio, and is headlining shows around the country.  His breakthrough song, “Whiskey and Wine”, introduced a new sound to his avid fanbase, and shed a light into his evolution as an artist. The hard work and risks didn’t go unnoticed. Early in 2015, the song broke into the Top 10 on coveted iTunes Singer/Songwriter category. Now, he is squaring his sights on introducing his soulful voice, gutsy lyrics, and melodic tones into a new direction that will push his creative talent like never before with the release of Crazy (2015).